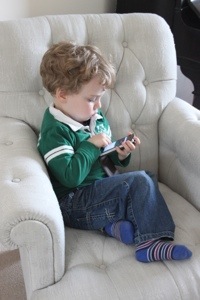 One of the things that new parents, particularly mums apparently, are often surprised by is the amount of guilt that comes with the parenting territory. It comes along right when you’re least expecting, and the accompanying physical feeling of having all the wind taken forcibly out of your lungs is really something to be feared. Experts tell us that guilt arises when we become aware of failing to be the best we could have been for our children (normally right when you’ve just yelled at them for no specific reason other than being the sole adult with them for 8 straight hours!)

On any given day, the following things can make me feel like my stomach is about to flip right over with guilt:

Thankfully a quick google search reveals that all this guilt may not actually be such a bad thing.

For most of us a moderate amount of guilt is actually a sign of love, our strong attachment and commitment to do the best we can to raise healthy children. [Psychology Today “Are you a guilty parent?” Sept, 2011]

Well that’s a relief! Maybe the only thing we’re guilty of is loving our children and wanting to do the best for them. That’s no bad thing really!

Now you’ll have to excuse me, I’m off to buy more colours of PlayDoh so I can finally give in to those demands to build engines! Wish me luck!

10 thoughts on “Parenting without the guilt?”