The time has come to send the littlest one off to school. Most of his years have been absent from this little blog of mine. Things got busy, and I simply lost confidence. That is about to change. With Alexander starting school I’m hoping to find more time for me – yes I still need to work, pretty much full time, but I’m hoping to carve out at least a few hours a week to focus on writing and building up this space of mine, and perhaps a new project or two.

In the meantime, let me tell you about this darling littlest boy of mine.

We had a few trials to get to Alexander, but oh he was worth the wait and all the heartache. He made us complete, and I couldn’t love him any more than I do. He is a bundle of happiness, chatter and hugs (he’s very keen on the hugs) and he has a wonderful way of making everyone around him smile. 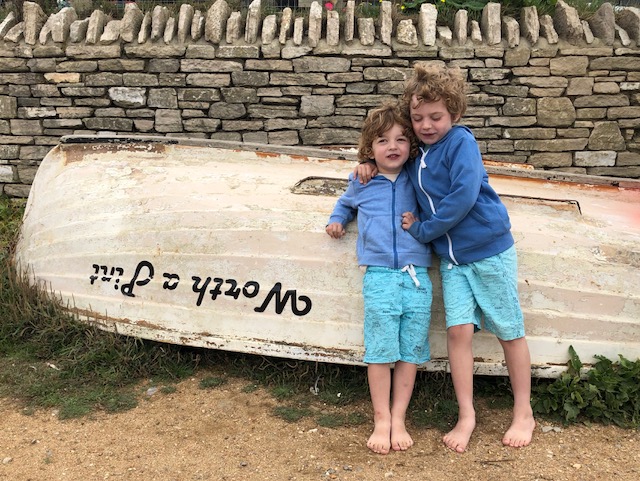 At nearly 5 (his birthday, like his brother’s, is in December – well done us!)  he is so ready to go to school. I’m not sure I’m ready but then I don’t think as a mum you are ever ready for your babies to start their journey away from you.

I know from experience that the school years go so quickly – Elliot is going into Year 3 and it only seems like yesterday that it was his very first day in Reception. Alexander will have the same Reception teacher as Elliot did, which is lovely.  I’m sure they’ll notice some similarities between them, but in other ways they are very different. 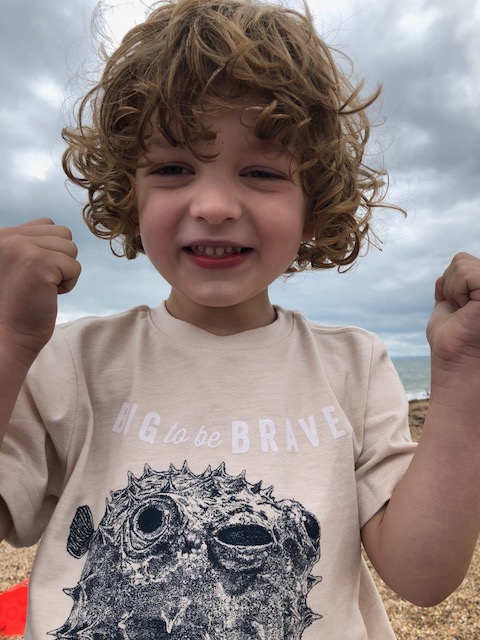 I’ll be posting updates on both boys soon, as this is definitely a blog to chart their story  and one that they can look back on when they’re all grown up.

In the meantime I’d like this September to mark a new start, for my boys, and for me. Hopefully I’ll be posting more on here, and I am very keen to start some projects I’ve been thinking about for some time. Watch this space!

When I was one,
I had just begun.

When I was two,
I was nearly new.

When I was three,
I was hardly me.

When I was four,
I was not much more.

When I was five,
I was just alive.

But now I am six,
I’m as clever as clever.
So I think I’ll be six
now and forever. 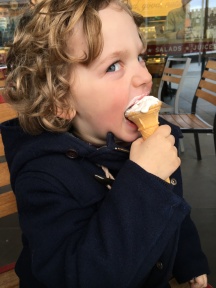 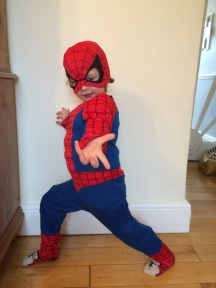 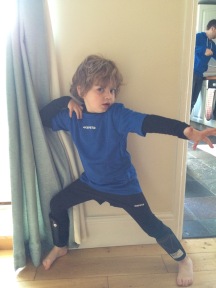 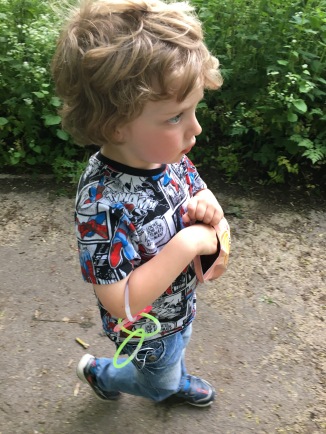 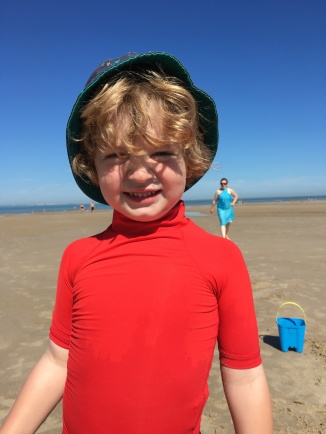 You’ve grown so much since I last wrote on here to you. You are now in Year One at school and doing fantastically. A little timid boy started in Reception, and what emerged in July was a bouncy, articulate, friendly child. One who has made a little band of friends to share these important years with.

You amaze us daily. What other six year old chooses to buy a desk light in IKEA so they can turn a play table into a “proper desk”, and then compliments this with a Maths workbook (for age 7+) using vouchers that could have been used on Superhero magazines? I’m seriously going to have to swot up on my own maths skills!

We love you little man. You’re an ace big brother and a wonderful son. We’re so proud to call you ours and I can’t believe it is six years since you came crashing into our lives and made me a mummy. Thank you for making my life so amazing, you’ve single handedly made me a better person.

Never think you can’t do something. You can do anything.

You are you.
I did a triathlon in June. This may not be a big thing for some, but it marks a turning point for me.

Having been a spectator and team-participant for years, I never had the will power before to contemplate doing anything like this myself.

Then, in 2012, when yucky things happened, some things got put into perspective, and I made a promise to myself to do the whole tri by myself.

I was never going to be a cyclist, a swimmer, or a better runner, if I didn’t try. So I did. I didn’t manage to train as much as I had hoped (that “life” thing kinda got in the way somewhat!) but I did what I could and managed it.
In fact I quite enjoyed it (and might even do it again next year!) 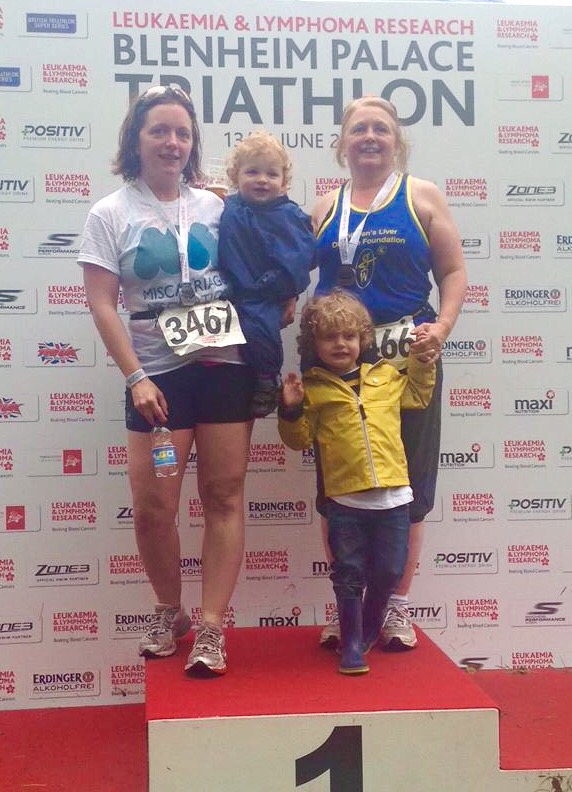 So, little men of mine, when you read this in years to come, if there’s something you want to do but think you can’t – please remember that you can change habits of a lifetime, and the only person stopping you from making that change is you.

Be active. Be happy. Have fun.

I love you x

Hello. Nice to meet you. I’m sure we’ll get along just fine but I feel like I must first apologise for some rather strange habits that I fear you may have to learn to live with in your choice of partner.

Believe me I have tried everything to persuade him to drop these delightful traits but, as you probably know by now, your boyfriend of choice is pretty strong willed!

So, if you are serious about this, you’ll need to get used to the following:

– The first meal he will have made you (and probably most meals you have together actually) will undoubtedly consist of fish fingers and chips or a Dairylea Dunker. There will not be a vegetable in sight, so forget all hopes of getting your five- (or seven-) a-day whilst in this relationship. You may consider taking vitamin supplements. He may also ask you to feed him. You know, his arms lose all ability to function whenever there is someone else with arms around to rely on. Sorry about that. Please remember to cool down any hot food by blowing on the spoon…
– Any new suggestion is likely to be met with an immediate “No” response, usually supported by one of the following reasons:
* I’m too tired
* I’ll do it tomorrow
* I’m not happy
* I don’t like it
This applies to EVERYTHING! Literally. Good luck trying to get around these.
– The above means that it is likely that your choice of partner will wear holes in shoes rather than buy new ones, not want to wear short sleeved tops without a long sleeved top on top AT ALL TIMES and generally always want to wear what he wore yesterday rather than anything clean…
– N.B. The one exception to the above is when a visit to a soft play area, or a trip to the swings and slides, is suggested. This generally always elicits a “Yes”
– You’ll need to be proficient in your knowledge of Thomas and Friends characters. Heaven help you if you get Henry confused with Percy! Knowing storylines is also important as he likes to play “guess the engine” at regular intervals and will correct any errors with a sigh. You have been warned.
– In addition to the point above, get used to watching endless YouTube videos of people covering Thomas engines in PlayDoh and pushing them off tables. It is important that this is thought of as “fun”

Despite all this, he is still I hope a pretty cute guy, and has a heart of gold. It is true, his mother does love him!

Good luck. If you ever need any moral support, you’re welcome round here anytime. I’ll have the kettle on.

With love,
Your future mother-in-law xx 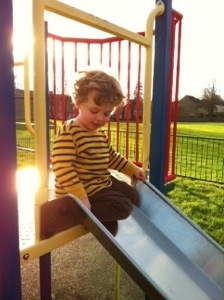 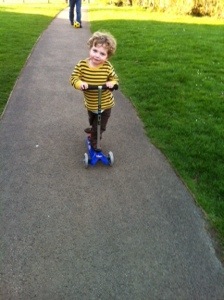 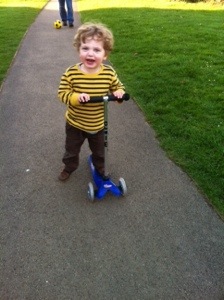 I’ve linked up to @HonestMummy’s #BrilliantBlogPosts linkup– do take a look at the other posts. 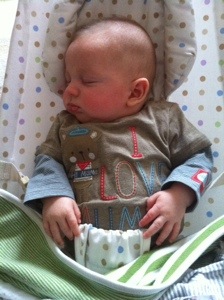 To my beautiful sons,

I’m sure you’re right in your current belief that mummy was getting a bit too much sleep lately. After all, being woken every three hours to feed a newborn is almost the same as the halcyon days of getting 8 hours of uninterrupted sleep pre-children (a time which I now believe is actually just fictional)

I’m sure you’re just thinking that waking so infrequently could have been said to have been getting a bit dull, so your exercise this past week of “let’s wake the big ones more often” has been especially welcome. It’s been interesting to see the world through the sleepy fug that waking every hour brings, so thanks for that!

I have to say that I really think it’s great how the two of you are developing a sense of team work so early in your sibling relationship. You have clearly devised a plan between you to make sure that you’re not both awake at the same time so you both get to benefit from some one-to-one parent time, and I’m sure the worlds greatest mathematicians would be interested in how you’ve worked out the optimal time between wakings:

For those that are interested this works out as:
Time of your brother returning to bed/sleep + 32 minutes (approximately the time it takes mummy to become completely settled, warm and cosy under the duvet and be drifting off to a lovely sleep)

3 year old, I think you’re doing especially well at this given that before the baby came along you were sleeping through routinely and not waking at all, so you must have had to work hard to get into the new routine of night waking and crying. And let me take this opportunity to say that I totally agree with your many and varied stated reasons for waking up. My favourites from the past few days include “I don’t need anything, I just wanted to see you”, and “I don’t want orange juice” (none was being offered, it was 2am)

And to you, littlest one, I must say I really appreciate how you’ve waited until you’re almost 12 weeks old to experiment with waking more often. After all, knowing that you CAN go 4 or even 5 hours between feeds at night makes it even more delightful when I get to see your beautiful face more often than that. I know this is just a recent experiment, but I think we’ll all be happier (or is that just me?!) when you go back to your lovely blissful previous routine.

So, my darling children, thank you for your consideration and thoughtfulness, but I think maybe we should try to see each other a bit less between the hours of 7pm to 7am. It’s not you, it’s me, and to be honest that way you’ll have a much nicer set of parents the rest of the time. Deal? 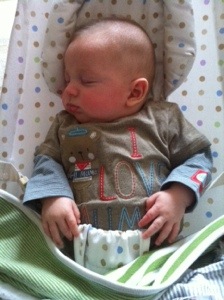 Trying to win me over with his “I love Mummy” t shirt whilst sleeping LIKE A LOG during the day!

We have plants!! Peas, courgettes and tomatoes, ready to go in when it is a bit warmer 🌱 🌱 🌱 #springtimevibes
Spring is here!
I am not a key worker, I don’t have skills that are needed to fight this thing, but I firmly believe we all have a part to play. In these times of uncertainty and heightened anxiety, I’ve decided to do my best to try to spread a little kindness and hope. Over the coming weeks, I’m planning to send little gifts/cards/random surprises to some friends to bring a smile wherever I think one is needed. The boys will be joining in too. So, if I have your address, keep an eye out for the postman! Even better, maybe you’d like join in and spread the love even further? It doesn’t have to cost very much and if nothing else it might just make the time pass quicker! ❤️ #coronakindness #ifyoucanbeanythingbekind #alwaysbealittlekinderthannecessary